How To Apply For A Green Card

Having a Green Card (officially known as a Permanent Resident Card (PDF, 6.77 MB) allows you to live and work permanently in the United States. The steps you must take to apply for a Green Card will vary depending on your individual situation.

Also known as I-130, Petition for Alien Relative

U.S. citizens or green card holders may be able to sponsor a foreign family member to come to the U.S. on a green card. The three main types of family sponsorships are the following:

Immediate Relative of a U.S. Citizen

This includes spouses, unmarried children under 21, and/or parents of the petitioning U.S. citizen.

If you are filing Form I-130 for your adopted child

Other Relative of a U.S. Citizen

The United States has a cap of 480,000 green cards that may be given out to other relatives of U.S. citizens and Green Card holders, referred to as preference relatives. This results to long wait in most categories which can range from three to twenty four years.

This includes the spouse, unmarried child under the age of 21,  unmarried son or daughter of a green card holder 21 years old or older.

Adjustment of status is the process for applying to be a lawful permanent resident (also known as Green Card holder) when you are already in the United States. This means that you may get a Green Card without returning to your home country.

The timeline for when a foreigner can adjust their status completely depends on the type of visa they used to come here. For example, foreigners who came to the country on fiancé visa can only adjust their status after getting married witihin 90 days of arriving in the U.S. Refugees on the other hand can only adjust status after having lived in the U.S. for a year.  Workers on H-1B visas will need sponsorship from their employers to be eligible to adjust.

All foreigners who wish to adjust must complete Form I-485 and Form I-94 and submit them to the USCIS. The foreigner will then be required to do the following:

Refugee status or asylum may be granted to people who have been persecuted or fear they will be persecuted on account of race, religion, nationality, and/or membership in a particular social group or political opinion. The difference between applying for refugee status and asylum is the procedure.

To become a refugee in the United States, one must receive a referral to the U.S. Refugee Admissions Program (USRAP) for consideration.

Once the foreigner receives a referral, they will be given help filling out their application and will be interviewed by a USCIS officer overseas to determine their eligibility as a refugee.

After getting approved as a refugee, the foreigner must go through a medical exam, cultural orientation and seek help with travel plans. After arriving in the U.S. the refugee will be eligible for medical and cash assistance.

There is no filing fee for applying to be a refugee in the U.S.

Rights of Refugees in the U.S.

Refugees have the right to stay in the U.S. indefinitely (until conditions in their home country are back to normal). They are allowed to work (provided they have a work permit) and are entitled to different forms of government support for the first few months in the U.S. They are allowed to adjust their status to become a Green Card holder one year after being granted refugee status. Four years after that, they can apply for U.S. citizenship.

If the foreigner is currently in the United States and have experienced or will experience persecution in their home country, they may apply for asylum. Asylum is a form of humanitarian relief that allows one to stay in the United States until it is safe to return home. Please be warned that an application with no real basis may lead to getting barred from getting a visa or green card permanently.

What are the requirements to get asylum in the U.S.?

A foreigner who wishes to seek asylum in the U.S. will need to prove that he or she has or will experience persecution in their home country. It can be in various severe forms such as discrimination, beatings, harassment, torture and unjust imprisonment. The persecution must either come from the home country’s government or outside forces that is beyond their control such as terrorist groups, guerillas, gangs, etc.).

In addition, the persecution must be based on one of five grounds, including either your:

The Written Application for Asylum

First and foremost, it is important to take note that there is a deadline for applying for asylum. You must start your application within one year of entering the U.S. or before your visa expires (if you had one). If you entered the United States illegally, that is not a bar to applying for asylum.

If more than a year has already passed, U.S. Citizenship and Immigration Services (USCIS) may make an exception for you and allow you to apply, but you would want to talk to an attorney about this. Speak to an experienced immigration attorney. Call 877-3758188 to inquire about your case.

Fill out USCIS Form I-589, which you can download on the USCIS website. There is no filing fee for this form. This form is only a small part of the written application process. The bigger part is submitting documents to prove who you are, how you were persecuted or why you might be persecuted in your home country. The more personal documents, the better. For example, an article written about you in a newspaper describing how you were beaten up by an opposing religion or medical records describing the extent of your injuries from torture.

Often times, it is hard to provide such convincing evidence. That’s why it’s important to gather evidence that would describe the general conditions in your home country. For example, reports by human rights organizations, affidavits by experts, and newspaper reports describing persecution faced by people who are in a similar situation to yours are all fine forms of documentation. Your testimony at your asylum interview (described below) will also be very important. Sometimes, a person’s entire case rests upon their ability to convincingly tell their story of persecution.

A few weeks after you submit your written application, you will be asked to go to a local USCIS office for an interview. Non-english speakers will need to bring a translator with them.

If you have questions regarding your qualifications as an asylee, do not hesitate to call our office at 877-3758188. You may speak directly with an experienced immigration attorney for free.

Victim Of A Crime

The United States allows foreigners who have been victims of certain crimes and granted U visas to obtain a Green Card. To qualify, one must have entered the country on a U visa and meet certain eligibility requirements. U-1 nonimmigrant status is for victims of certain crimes who have suffered substantial physical or mental abuse and are helpful to the investigation or prosecution of the criminal activity.

50,000 green cards are available each year through diversity visa, also known as green card lottery. Only citizens coming from certain countries are qualified to apply. Usually, these are the countries that have the fewest numbers of immigrants to the United States.

Applications are being accepted online for only one month toward the end of the year. Certain educational qualifications must be met. Each year, millions of people apply, partly because the application process is free. This makes the chances of winning quite slim.

You Need The Best Immigration Attorney!

I have so many good things to say about Moaddel Law firm, I won't go into details about the situation publicly but Daniel & his team truly went above &... 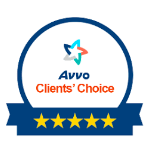