Applying for a U.S. Visa

A visa is a passport endorsement that permits foreigners to enter the U.S. The majority of visa-holders in California are sponsored by U.S.-based relatives or employers.

The U.S. offers about 185 different types of visas. Each has its own application requirements, costs, processing times, and expiration dates. The type of visa is determined by the purpose of your travel to the United States.

The U.S. government grants other foreign-born individuals a nonimmigrant visa for the purposes of a temporary visit to the United States. Generally, the terms of a nonimmigrant visa require that the visa holder depart the U.S. within a certain time frame. The purpose for the visit may be tourism, business, temporary work, or school. Once a person has entered the U.S. in nonimmigrant status, they are restricted to the activity or reason for which they were allowed entry. For example, someone with a student visa must continue to be enrolled in school to keep within the terms of the visa. Most nonimmigrant visas are issued only to applicants who can demonstrate their intentions to return to their home country.

You Need The Best Immigration Lawyer! 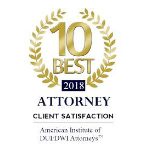